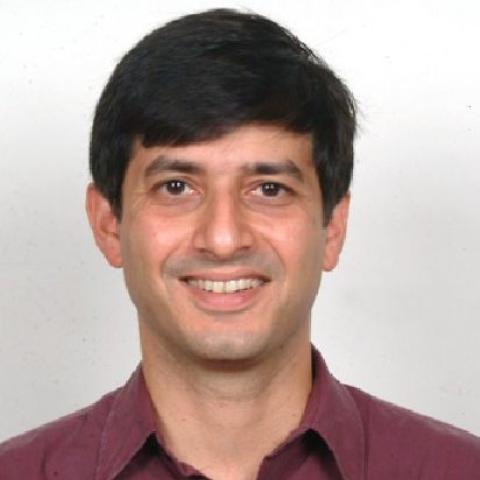 Navroz K Dubash is a Professor at the Centre for Policy Research, where he conducts research and writes on climate change, energy, air pollution, water policy, and the politics of regulation in the developing world.

Navroz has been actively engaged in the climate debate as a scholar, policy adviser and activist for 25 years. He was instrumental in establishing the global Climate Action Network in 1990, and has since written widely about climate politics, policy and governance. He is currently a Coordinating Lead Author for the Intergovernmental Panel on Climate Change (Sixth Assessment), advises the UNEP Emissions Gap Report Steering Committee, and has been a member of the Scientific Advisory Group of the UN Climate Action Summit. Within India, Navroz has been a member of the group that developed India’s Low Carbon Strategy for Inclusive Growth and the Committee for a Long Term Strategy for Low Carbon Development for India; he continues to serve on advisory committees on energy, water and air pollution. In 2015, he was conferred the 12th T N Khoshoo Memorial Award for his work on Indian and global climate change governance.

Navroz has a long track record of publishing and writing, including two authored books, ten edited or co-edited books or special issues of journals, and more than seventy journal articles and book chapters. His recent paper entitled ‘India's energy and emissions future: an interpretive analysis of model scenarios’ was awarded the Emerging Regions Award for 2018 by Environmental Research Letters, and his book Tubewell Capitalism (Oxford University Press, 2002) was awarded the S.R. Sen Award for Best Book in Agricultural Economics and Rural Development. His recent work includes an edited volume, India in a Warming World: Integrating Climate Change and Development­ (Oxford University Press, 2019), a collection of writing by leading scholars, practitioners and policymakers on climate change, and a co-edited book entitled Mapping Power (Oxford University Press, 2018), a state-by-state analysis of electricity politics in India.

As part of his academic work, Navroz serves as an associate editor of Climate Policy, and is a member of the editorial boards of Global Environmental Politics, Energy Research in Social Science, Environmental Policy and Governance, and the Journal of Environment and Development.