A Rare Bat Speaks Out

A Rare Bat Speaks Out 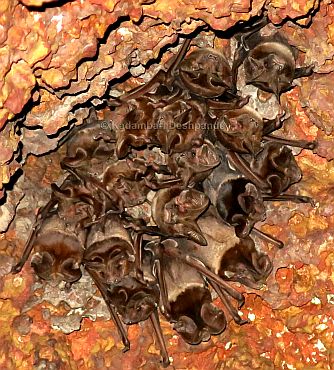 Bats have long received scorn as ‘bad omens’, ‘dirty’ or ‘creepy creatures’, across the world. Except for some eastern countries, where bats indicate good fortune, in much of the world they are still shunned. However, these unique flying mammals are in fact the second most speciose order (~1200 species across the globe) and form a crucial part of our surroundings.

Broadly classified, mainly based on their diet preferences and specific characteristics, as frugivorous and insectivorous bats, they play a key role in our ecosystems as seed dispersers, pollinators and insect pest predators. Unique habits, immense diversity, behavioural differences in foraging and roosting, and cryptic, nocturnal lives make bats difficult animals to study. Ironically, the very process of establishing closer contact with bats to study them can threaten these sensitive species.

Recent advances in technology have made it possible to tap into bat lives without disturbing them and understand their ecology just by listening to their sounds. While frugivorous bats use their acute sense of smell and vision to locate fruits, insectivorous bats use finely tuned sounds that span the ultrasonic frequency ranges (from 20kHz to 200kHz) beyond human ear capacity. “Bat detectors” make it possible for researchers to detect these high-frequency sounds and convert them into human-audible frequency ranges. These echolocation calls of insectivorous bats are species-specific and can help unravel information from bat talks about species, foraging mode and activity, and social communication. Therefore, the study of bat sounds offers an excellent tool to conduct ecological research, without even catching bats. While these techniques are widely used throughout the world, they are just emerging in India, where the ecology of about 120 bat species is still poorly known.

Despite increasing threats to their survival, bats, unfortunately, remain a neglected taxon in India. Fruit bats are still described as ‘vermin’ in India’s Wildlife Protection Act (1972), whereas insectivorous bats do not even get a mention. An exception to this rule is two rare species, which enjoy the highest protection status: Salim Ali’s fruit bat (Latidens salimalii) and an insectivorous bat called the Wroughton’s free-tailed bat (Otomops wroughtoni). Nevertheless, research on even these two species is sparse. Though there have been some studies on the L. salimalii, hardly anything is known about O. wroughtoni, especially in India.

Our recent study* describes in detail the ultrasounds produced by the rare Wroughton's free-tailed bat in its type locality, the Barapede caves in Belagavi, Karnataka. The Barapede caves are home to the largest known population of this bat species, one of only four locations in the world where it occurs. The study, published in the journal Acta Chiropterologica, is the first to describe the variations in echolocation calls produced by the Wroughton's free-tailed bat for socialising, maintaining contact with each other, navigating in the dark and capturing their main food, i.e. flying insects, at night. Our study, conducted with the help of the Karnataka Forest Department and facilitated by the Postgraduate Program in Wildlife Biology and Conservation at the National Centre for Biological Sciences, Bangalore has opened new avenues to understand the mysterious world of these rare bats. The study is also the first to report the calls of three other free-tailed bat species found in India, and therefore, will prove useful as a ready reckoner for the identification of these species only through their calls (i.e., without capturing them). Free-tailed bats are particularly difficult to capture because they are high-flying, and hence their identification in the field needs to be done through their sounds. 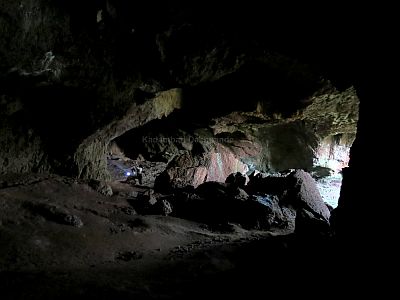 This family of free-tailed bats is known to provide enormous economic benefits to agricultural systems (from experimental studies conducted in the U.S.A. and Thailand) by controlling agricultural pests in cotton, corn and paddy fields, and also by providing large amounts of guano that acts as a good fertiliser. Through systematic acoustic and field studies, we could quantitatively estimate similar benefits from these bats in India, where local knowledge already hints at such ecological interactions in agro-forestry systems. Understanding these processes will not only help realise the economic gains but will also be crucial in sculpting public attitudes - that form the basis of conservation policies - towards bats.