Ecotourism-a yay or a nay for conservation?

The oxymoron that is sustainable tourism

The United Nations World Tourism Organization defines sustainable tourism as "Tourism that takes full account of its current and future economic, social and environmental impacts, addressing the needs of visitors, the industry, the environment and host communities ." In other words, the definition calls for tourist activities which have minimal impact on the environment, while being conscious of the social and cultural heritage of the local communities and ensuring that the capital derived from such activities benefits all stakeholders, particularly the local communities.

This definition, in principle, is sound, as it aims to address multiple objectives around conservation of biodiversity in India. The communities and the primary stakeholders around the ‘attractive landscapes’ are often tribal communities, who are still struggling for their rights to these biodiversity-rich landscapes. The tourism economy generated will provide alternative livelihoods. At the same time, the low carbon footprint goal will reduce the environmental impacts.

In practice, sustainable tourism and ecotourism are used synonymously in India. Protected areas, especially tiger reserves, attract a large number of tourists which conduct 'ecotourism activities'. But one of the problems in sustainable tourism is the concept of ‘sustainability’ which is often misleading. By definition, such a form of tourism identifies itself which maintains the health and viability of a landscape for an indefinite period of time. The concern that arises from such definition is the premise that tourism will have absolutely no impact on the landscape. It discounts the crucial fact that tourism as an industry is competitive and the resource utilisation may not be the wisest form for an area for its longevity. The carrying capacity and the footfalls of tourists in a particular location which are often the primary concern for several elusive wildlife species in these ‘attractive landscapes’, are simply not considered. Mass ecotourism in several protected areas and ecosystems have been seen to be polluting and noisy. Hence, the concept of sustainable tourism is at direct odds with its execution.

Is India ready for sustainable tourism?

In the absence of a concrete document that provides strict guidelines for states and protected area managers to develop a comprehensive ecotourism plan, there is very little evidence that ecotourism in its present form is sustainable. Though the 12th five-year plan (2012-2017) introduced ecotourism and called for Integrated Ecotourism District Plans it did not provide guidelines. The complete absence of an important component, such as the number of visitors allowed inside a protected area at a given time, suggests the need for a reassessment of our approach to ecotourism. Corbett National Park, the oldest national park in the country has witnessed an increase of more than 1 lakh tourist visitors since 2005-2006. Kerala Forest Department has been successful in adopting a much innovative approach by involving local communities, however, even here; there is no cap on the total number of visitors. The number of visitors allowed inside the parks needs to be capped after thorough scientific studies.

Tourism is inherently an exploitative industry, both ecologically and socially and we need to accept that. But the ill-effects of tourism on biodiversity conservation can be contained. What conservation needs today is a robust model, which restricts ecological and carbon footprint through a much more nuanced policy. We need participation and governance by the local communities in order to legitimise their local knowledge while empowering them economically. And we need wider discussion and debate about this among the general public. 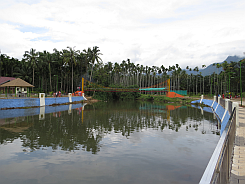