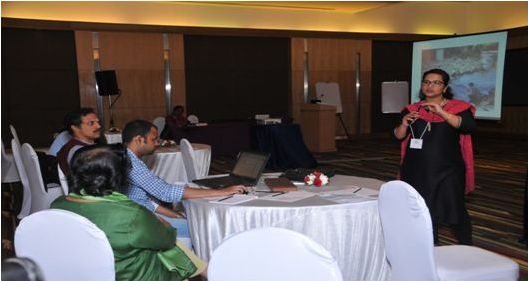 The Water, Land & Society programme at the Ashoka Trust for Research in Ecology and the Environment (ATREE) organized a one-day national workshop on 'Managing Surface Water Quality in Urbanising Watersheds'. The workshop was organized to disseminate the findings from a recently concluded 5-year long research on water quality and pollution regulation in urban and peri-urban Bangalore, with particular focus on the river Vrishabhavathy catchment.

The workshop had three technical and one panel discussion sessions. Each session was followed by a Q&A session. During the technical sessions, the ATREE research team presented research findings focusing on specific modules relating to tracking of heavy metals in Vrishabhavathy river and their impact at the Byramangala reservoir, shortcomings in the law and in enforcement of industrial pollution control, and challenges in the treatment and reuse of domestic sewage, including the pros and cons of decentralized versus centralized systems. The workshop was attended by scientists, civil society members and government representatives. The concluding panel on 'Water Quality Regulation in Indian Cities' comprised of experts including M.D.N. Simha, Member Secretary(Retd.),Karnataka State Pollution Control Board, PriyanieAmerasinghe, Senior Researcher, International Water Management Institute, H.N.Chanakya, Professor, Indian Institute of Science, Mahesh Menon, Assistant Professor, National University of Juridical Sciences and SasankaVelidandla, CEO, CDD Society. A short film 'River or Sewer? The Story of Vrishabhavathy in Bengaluru, Southern India', based on ATREE's research was also screened during the workshop.

Dr. Priyanka Jamwal and Divya Nayak presented findings from the Vrishabhavathy sub basin on impact of urbanization on the health of peri urban farmers. The presentation coveredin detail the methodology adopted to assess health risk when population is exposed to multiple contaminants via multiple pathways. Study concluded that the contamination, particularly heavy metals such as, Nickel, Copper, Chromium, Lead and Manganese, had spread to the soil, the groundwater, and the milk and vegetable samples (such as baby corn) reaching toxicity higher than the Codex standards in the case of Lead. The analyses suggested that not only the local populations, but urban consumers too are potentially at risk from exposure to heavy metals in their food.

The second presentation focused on identification and quantification of pollution sources in urbanizing catchment (upstream). The analyses showed that the contribution of distributed informal operations to heavy metals load in the stream is not significant. Geographical attribution of the heavy metal loadshowed that at least 50% was coming from the Peenya Industrial Area and other designated industrial areas nearby.

Dr Indumathi Nambi(Associate Professor, IIT Madras)chaired this session; she suggested that instead of using deterministic models to assess health risk one should use probabilistic models which capture the variations in population parameters such as nutrition status, body weight and daily dose. It was also concluded that current protocolsadopted by regulatory agencies for monitoring surface water qualityare not sufficient to prevent risk to human health. Hence, both surface water quality monitoring and regulatory framework needs to be updated in context of urbanisingwatersheds.

Dr. Sharad Lele and Nakul Heble presented the gaps in thewater quality regulatory framework and enforcement of pollution control laws by state pollution control boards. Mahesh Menon from NLSU highlighted the gaps in the legal framework for preventing pollution of surface water bodies. The session concluded that many heavy metals are missing in the Central Pollution Control Board's "direct reuse standards" that apply to irrigation and the legal standards themselves need to be updated to reflect the reality of rapidly industrializing regions in India.

This session was chaired by Dr. Geetanjoy Sahu(Assistant Professor, TISS): during the Q&A session it emerged that in the absence of natural flows in rivers, load based standards should be applied rather than concentration based standards. It was also suggested that monitoring large number of water quality parameters is not cost effective therefore depending on the type of industrial activitiespresent in the watershed, the type and number of water quality parameters regulated in the watershed should be decided.

Dr. Priyanka Jamwal presented the case study on the functioning of V-Valley wastewater treatment plant in Bangalore. She highlighted thereasons for the poor efficiency and efficacy of centralised wastewater treatment plants. Pradeep Kuttawa presented the analyses of economic, social, and institutional factors that influence thedecentralized urban wastewater reuse in Bangalore. Study highlighted that the financial constraints of apartment complexes (decentralised STPs place a major burden on small complexes), poor training of STP operators and absence of enforcement were the main reasons for non-compliance with quality norms.
This session was chaired by Dr. Mohan Kumar(Professor, IISc): through the Q&A session it emerged that given the poor performance of centralized wastewater treatment plants; decentralized treatment systems along with wastewater reuse should be promoted. It was suggested that there is an emerging need to create market for treated water, but it was also pointed out that the demand for treated water will only increase if groundwater use is regulated.

On the aspect of surface water pollution in urbanising watersheds, all panelists agreed that as cities expand vertically and horizontally the quantum of pollution in surface water bodies is bound to increase. This applies to all the cities in developing countries where population growth has outpaced basic water supply and sewerage infrastructure. It was also mentioned that in addition to industries, domestic sources also contribute to large quantities of emerging contaminants such as antibiotics, personal care products etc. It was also highlighted that the policy interventions such as designated industrial areas outside city boundaries would help in regulating surface water quality efficiently and effectively.

On the question of how to decide on the designated best use for a surface water body, panelists suggested that the designated use of a waterbody should be decided by the concerned stakeholders. It was also suggested that the cost of achieving designated use should always be weighed against other options as it may emerge that society is better off by spending money on healthcare rather than upgrading the quality of surface water body to its designated use criteria.
Finally thediscussionfocused on exploring options for controlling pollution at source. It was suggested that theseparation of grey and black water at source will reduce the pollution load in urban streams. The onsite treatment options are better than the centralized treatment as the latter allows reuseof treated water locally.It was also suggested that excessive use of antibiotics and personal healthcare products should be prevented by spreading awareness and developing regulatory mechanism to control the levels in the environment. 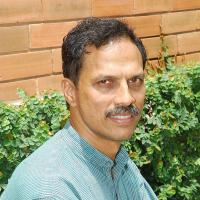 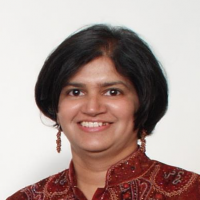