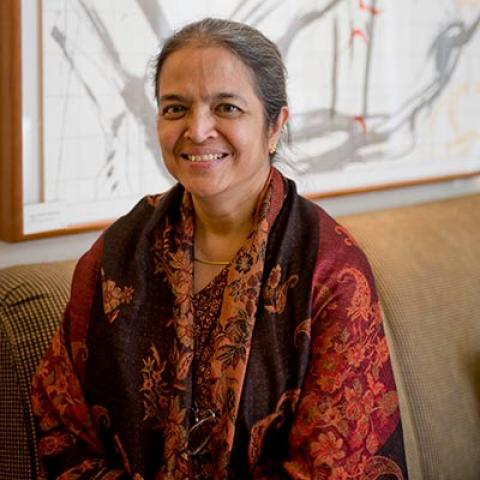 Professor Gita Sen, former Chairperson of the Centre for Public Policy at the Indian Institute of Management Bangalore, has been conferred the Dan David Prize for the year 2020 for her pioneering work to advance gender equality. The Dan David Prize is a prestigious international award endowed by the Dan David Foundation and headquartered at Tel Aviv University.

Professor Sen is Distinguished Professor and Director of the Ramalingaswami Centre on Equity & Social Determinants of Health at the Public Health Foundation of India. With a PhD in Economics from Stanford University, she is also an Adjunct Professor of Global Health and Population at the Harvard TH Chan School of Public Health. She was Professor in the Public Policy area at IIMB from August 1993 to October 2013. “A large part of my work in public policy was done when I was at IIMB, particularly at the Centre for Public Policy,” she said.

IIMB Director Professor G. Raghuram said, “The Dan David Prize is a wonderful acknowledgment of the tremendous body of work which Dr. Gita Sen has put together on population and development. We are especially proud of her long association with IIMB.”

The Dan David Prize recognizes and encourages innovative and interdisciplinary research that cuts across traditional boundaries and paradigms. It aims to foster universal values of excellence, creativity, justice, democracy, and progress and to promote the scientific, technological, and humanistic achievements that advance and improve our world.

Professor Gita Sen is a founder-member of the feminist network, Development Alternatives with Women for a New Era (DAWN). The United Nations System has sought out her expertise in several ways, including during intergovernmental processes, high-level events, and as an advisor to policies and programmes. She was the lead consultant for drafting UNFPA’s India Country Population Assessment document for the 2003–2007 period.

She currently serves on the Gender and Rights Advisory Panel of WHO’s Department of Reproductive Health and Research and was co-chair of Pan American Health Organization’s (PAHO) Technical Advisory Group on Gender Equality and Health. She is a member of the UN’s Independent Accountability Panel for Every Woman, Every Child, Every Adolescent.

Dr. Gita Sen’s combination of advocacy, practical experience, activism, and analysis has won her several awards and honours, including the Volvo Environment Prize for her work on women, population and development and honorary doctorates from the University of East Anglia, the Karolinska Institute (Stockholm), The Open University (UK), the University of Sussex, and the University of Edinburgh. In November 2019 she received the Dr Fred T Sai award from the UN Population Fund (UNFPA) for leadership and commitment to achieving rights and choices for all.