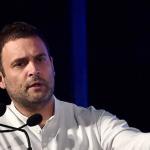 "The Forest Conservation Act, and the Forest Advisory Committee, which would decide on the cases of forest diversion, would earlier only look at issues of forest health, protection of wildlife species, major harm to biodiversity, the land required for compensatory afforestation in lieu of the forest diversion etc. It was only when the Forest Rights Act, 2006 was enacted that the government mandated that the rights of forest dwelling communities need to be recognised, and that they needed to be consulted before the project was sanctioned."- Sharad Lele. 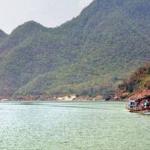 Human activities in Eastern Ghat forests overlapping with those of animals: Study

New study has revealed that the human activities in the forest area, which include collecting forest produce and hunting activities tend to overlap with the wildlife activities in the protected area of the forest and its buffer zone. This trend was explained by researchers Vikram Aditya and T Ganesh in their study conducted in the Eastern Ghats, a neglected tropical forest landscape in India rich in biota that experiences high degree of human infiltration. “The northern parts of Eastern Ghats experience increasing human disturbance in wildlife habitat despite the forests having a relatively low overall population density. Hunting is also rampant in the region. There is a potential risk in the significant overlap in activity,” Vikram Aditya said. 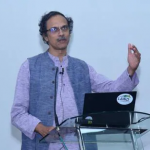 India’s pledge to sequester 2.5 to 3 GT CO2 in 15 years not a realistic target: Lele

“Through calculations related to the amount of net CO2 sequestered by native or fast-growing trees over the land available for afforestation, it is seen that meeting India’s Intended Nationally Determined Contributions (INDCs) to sequester 2.5 to 3 Gigaton CO2 in fifteen years is not a realistic target. Further, dedicating forests for the sequestration role involves trade-offs between diverse stakeholders in the context of the multiple roles that forests perform in a densely populated and historically forest-dependent society such as India,” said Dr. Sharachchandra Lele, ATREE. 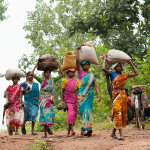 The changes to the Forest Conservation Rules come after years of tussle among various ministries, failed takeoffs, and a strong legal warning against such a move in 2015 by the tribal affairs ministry, which oversees the implementation of the Forest Rights Act, government records show.

“This change only makes things worse by making the forest clearance almost a fait accompli,” said Sharachchandra Lele, a distinguished fellow at the ATREE. “We cannot imagine a collector doing due diligence on FRA rights after the forest clearance has already been approved by the union government.” 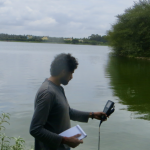 Reports of massive fish kill events in lakes across Bengaluru come up worryingly often every year after the first monsoon showers. This year was no different. Ulsoor, Basavanapura, Muthanallur and Bhattarahalli are some of the lakes in which dead fish were found floating over the last few weeks.

What is causing this morbid scene year after year in a city famed for its many water bodies?
Pollution is one culprit. What are the other factors involved?
How exactly do these interact and impact lake ecosystems?
And what needs to be focused on to prevent such events? 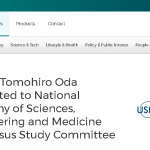 "This Consensus Study will allow us to identify the key challenges in monitoring GHG in support of climate monitoring, mitigation, and decision making," said Dr. Oda, who oversees USRA’s GHG emissions modeling and monitoring activities. 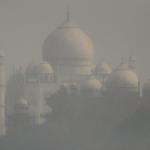 The EPI 2022 report, ranked India last in the report and categorised the country as the least environmentally sustainable. Miffed by the findings in the report, India’s Ministry of Environment, Forest and Climate Change issued a strong rebuttal, asserting that some of the indicators used for assessing performance were “extrapolated and based on surmises and unscientific methods”. Commenting on the EPI report, Sharachchandra Lele, said that while the EPI report looks like “a flawed exercise”, India’s environmental performance has been “very poor in the past decade or so because the government is not serious about environmental issues”. 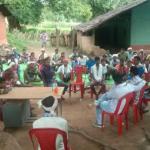 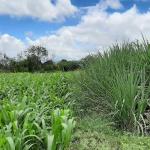 Climate resilience, good yields and steady income: The benefits of a diversified farm in Maharashtra

Over the past decade, Maharashtra’s Purandar taluka has experienced erratic rainfall. There was a severe drought between 2011 and 2013. But then, in the two years from 2019, it received double the average rainfall. During the worst of the dry years, villages have had to rely on expensive tankers to source even drinking water. These are dire circumstances particularly for farmers whose livelihoods depend on rainfall. 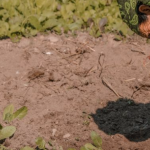 100 years of “saving” India’s soil: What needs to change?

A movement to Save Soil in India is gaining traction not just in the media but also with political leaders, celebrities, and citizens alike who have proactively come forward in its support. Given that soil is crucial to our lives and livelihoods, such an awakening is definitely necessary.