The semi-arid regions of India are characterized by harsh climates that can create challenging conditions for the human populations that reside in them. These climatic risks are often compounded by non-climatic stressors, which exacerbates the risk that these communities are exposed to. Within these communities, risks often act asymmetrically, impacting the existing vulnerabilities associated with class, caste and gender. Finally, despite the global nature of climate change, these semi-arid regions are recognized as climate change hotspots because of the expected sensitivity to climatic change in these areas, and the vast populations living within them. The responses to these challenges haveoften focused on managing the risks associated with the variability in these harsh climates (e.g. drought relief). Despite the value of these responses, resilience and genuine adaptation requires a comprehensive approach that recognizes the barriers and enablers to improving the wellbeing of these communities through transformative change. 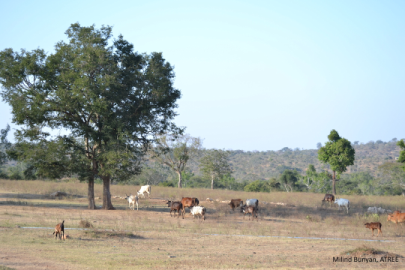 The ASSAR consortium’s objective is to enhance our understanding of climate vulnerability and adaptation in the semi-arid regions of India and Africa. Since we recognize that climate is only one of the drivers of vulnerability within these regions, we will attempt to assess its influence on, and interactions with, other social, economic and political drivers. We anticipate that this will help us develop a holistic understanding of the drivers and determinants of vulnerability in these areas and identify the barriers and enablers of sustained adaptation. Ultimately, we seek to help transform current adaptation practice to achieve proactive, widespread adaptation across multiple scales to advance adaptive livelihoods, especially for vulnerable groups. ASSAR’s research features a high level of integration across research streams and incorporates cross-cutting themes on gender, and wellbeing.The research is sequenced through an initial regional diagnostic study that captures the current state of affairs and evaluates trajectories of change. The regional research programmes then focus on specific research sites offering contrasting lenses for understanding adaptation; knowledge synthesis and sharing activities are integrated throughout the programme to strengthen planning and implementation capacity.

ATREE’s research in the ASSAR consortium is situated in the semi-arid part of the Moyar and Bhavani rivers located upstream of the Bhavanisagar Reservoir. The Moyar-Bhavanisub-region lies in the central and south central regions of Tamil Nadu, which are predominantly arid plains and receive relatively lower rainfall than the eastern and northern parts of the state. Annual rainfall varies from 500-700 mm, but rainfall in the contributing catchment can be as high as 3000 mm annually. 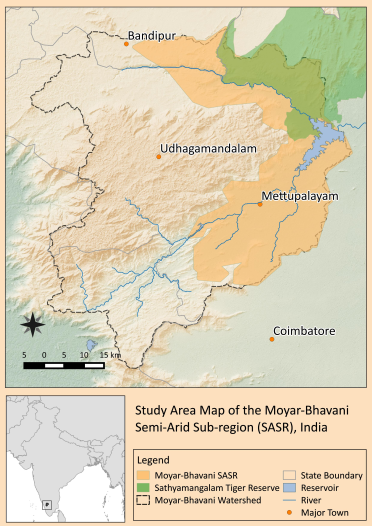 Along with diverse wildlife and physiographic features, the landscape has very high human density and a long history of human use.This area has diverse indigenous tribal communities such as the Kurumbas, Sholigas and Irulas as well a large population of scheduled castes. These communities often live in or on the boundaries of protected areas and depend on non-timber forest produce (NTFP)to supplement agricultural incomes.Other major livelihood activities include agriculture (especially on the western part) and pastoralism with communitiesliving adjacent to the BhavanisagarReservoir practicing fishing also. 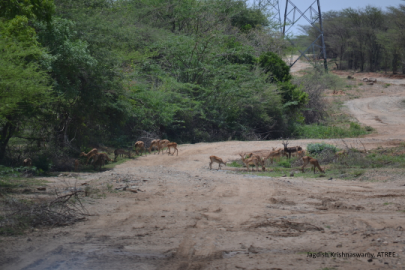 Understanding trends in semi-arid ecosystems Forested and natural ecosystems in the semi-arid Moyar-Bhavani sub-region consist of a mixture of sub-tropical hill forests along the hill slopes, riparian forests along the Moyar River and savanna and dry thorn forests in the valley.Research within these natural ecosystems will focus on understanding the impacts of climate change and climate variability on vegetative cover and productivity. This area is also threatened by invasive species including Prosopis and Lantana, which have proliferated recently. We intend to document the spread of these invasives to understand characteristics of invaded habitat, and predict areas of future invasion. Non-timber forest produce (NTFP) often forms a significant portion of the income generated by communities living in these ecosystems. Our research will investigate trends in these species and their response to climatic stressors and other disturbances (e.g. fire and invasive species). Agriculturein the Moyar-Bhavani Major crops grown in the Moyar-Bhavanisub-region include cholam(sorghum) and sugarcane (in Coimbatore), finger millet, maize and sesame (in Erode); with cropping intensity reported to be as high as 105%. The BhavaniBasin is primarily irrigated by the canal irrigation systems, which are maintained by government-financed watershed development programs. Despite the higher productivity associated with irrigation sourced from tank systems, the area under tank irrigation is currently lower than those irrigated by canals. Further, a considerable reduction in crop area, yield, and agricultural income in the Bhavani basin due to water scarcity has been reported.Agriculture in the Moyar basin is primarily semi-arid (rainfed) in nature and is characterized by low productivity and high risk due to the low amounts of rainfall and small land holdings. More recently however, there has been a recent shift to water-intensive crops that depend heavily on groundwater resources. Livestock and fisheries in the Moyar-Bhavani As with other semi-arid regions, livestock and allied sectors are crucial sources of livelihood in the Moyar-Bhavani and serve as an important risk spreading mechanism, often by buffering agricultural losses.Nevertheless, changing patterns of vegetation in common property pastoralist lands and reducing water resources, pose an imminent risk to pastoralism. Climate change is also likely to increase heat stress and disease susceptibility particularly among non-indigenous cattle breeds. The Bhavanisagar Reservoir within the Moyar-Bhavaniprovides livelihood opportunities to fishing communities in the region. These communities hold traditional rights for fishing in the reservoir granted to them by the Fisheries Department. However, fluctuating market dynamics, pollution in the reservoir and uncertain impacts of climate change on fish stock threaten the livelihood of these communities.

This work was carried out under the Adaptation at Scale in Semi-Arid Regions project (ASSAR). ASSAR is one of five research programmes funded under the Collaborative Adaptation Research Initiative in Africa and Asia (CARIAA), with financial support from the UK Government’s Department for International Development (DfID) and the International Development Research Centre (IDRC), Canada. The views expressed in this work are those of the creators and do not necessarily represent those of DfID and IDRC or its Board of Governors.
Team
Ashwathi V K 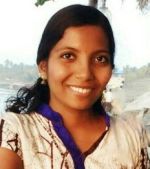 Ashwathi is a researcher in ATREE. She is interested in hydrologic modeling ,water management and sustainable development. She has M.Tech in Water Resources Engineering and Management from the National Institute of Technology Karnataka, Surathkal. Her masters research focused on comparing modeling techniques to simulate hydrologic processes in small urbanizing catchments in the Western Ghats. Prior to joining ATREE she was working as Assistant Professor at the Malabar Institute of Technology, Kannur-Kerala. 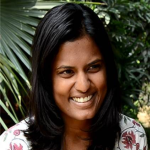 Divya is a researcher working in Ashoka Trust for Research in Ecology and Environment (ATREE). Her research interests focus on issues of sustainable development, vulnerability and climate change in a rural context. She has previously worked as a consultant with Centre for Environment Education, Bangalore, India and the Institute for Global Environment Studies, Hayama, Japan. 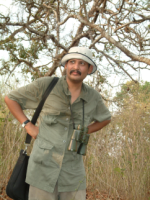 Jagdish is anecohydrologist and landscape ecologist with keen interests in Bayesian statistical approaches. He has worked on ecohydrological questions in three continents for over twenty years. He got his B.Tech in Civil Engineering from the Indian Institute of Technology, Mumbai, India and a MS in statistics and a Ph.D. in Environmental Science from Duke University, North Carolina, U.S.A. He is increasingly applying his training and experience to questions and problems related to ecosystem services, especially hydrological services in both terrestrial and aquatic ecosystems. He serves as affiliate faculty at the National Centre for Biological Sciences, Bangalore. His work has informed policy and management of ecosystems and biodiversity in the Western Ghats and elsewhere in the country. 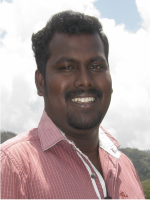 Kumaran has completed Master Degree in Ecology and Environmental Sciences, Pondicherry University. His research focuses on impact of changes in land cover, specifically by introduced exotic species, on natural habitats and ecosystem services. He has extensive field experience in the deployment, installation and management of a range of hydro-meteorological equipment and logger and also camera traps. He is well versed with use of GIS software such as GRASS and Quantum GIS and has a basic understanding of R programming. He has experience in working in the Southern Western Ghats and the Coromandel coast, both in human dominated and wild landscapes. He has worked with a range of social groups including farmers, fisher folk and tribal communities and is sensitive to issues of gender and equity.

Milind Bunyan is a forest ecologist with research interests in ecological niche modeling and the application of geospatial tools in understanding ecological patterns and processes. He has a Ph.D. in Forest Resources and Conservation from the University of Florida in Gainesville, Florida, U.S.A. This was preceded by a Masters in Forestry from the Forest Research Institute in Dehradun, India and a Bachelors degree in Environmental Science from St. Joseph’s College of Arts and Sciences, Bangalore, India. Milind is currently a Postdoctoral Research Associate at the Ashoka Trust for Research in Ecology. His current research interests are in studying the impacts of climatic and anthropogenic change on forested and natural ecosystems, especially through the application of geospatial technologies.

Prakriti is a researcher in Ashoka Trust for Research in Ecology and the Environment. Her research interests lie in the fields of ecological economics, development ethics and political ecology. She has a BA (Hons) in Economics from Lady Shri Ram College for Women, University of Delhi. She recently completed an M. Sc. in Economics (Environment and Resource Economics) from Department of Policy Studies, TERI University. In her Master's dissertation, she worked on virtual water trade and its implications for India where she investigated the ecological, political, economic, social, cultural and ethical implications of India’s virtual water flows. Prior to joining ATREE, she has worked on crop diversification in Indian agriculture at the Indian Institute of Management (IIM), Ahmedabad. 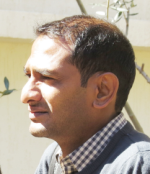 Shrinivas leads the programme on Land, Water and Livelihoods at the Ashoka Trust for Research in Ecology and the Environment, Bangalore. He has a Ph. D. in Soil and Water Resources Engineering from University of Illinois at Urbana-Champaign, Illinois, U.S.A. and masters in Water Engineering and Management from Asian Institute of Technology at Bangkok, Thailand. His past work has focused on assessing the impact of watershed development programmes on water availability and human wellbeing; role of land-use intensification on rural-urban conflicts over water appropriation; and understanding the impact of land use land cover change on hydrologic services including those on agriculture. More recently, his efforts have focused on understanding farmers’ vulnerability to climate and other drivers; the role of institutions and improved governance in minimizing climate change driven disasters such a droughts, and floods and response of the agro-ecosystems and forests to extreme climate events including rainfall.

Venkitachalam has recently submitted his dissertation titled 'Status and ecology of threatened vulture species in Moyar Valley to Bharathiyar University (Coimbatore). He has worked previously with Arulagam, BNHS and SACON and brings considerable experience from his work in the Moyar Valley.

Watershed Organization Trust The Watershed Organisation Trust (WOTR) is a not-for-profit NGO founded in 1993 operating currently in seven Indian statesin the field of participatory watershed development and climate change adaptation. WOTR’s extensive field experience enables a bottom-up approach to adaptation research and practice and will focus these efforts in the Sangamner sub-region in Maharashtra. 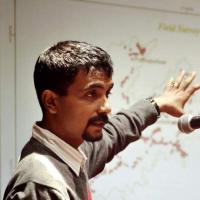 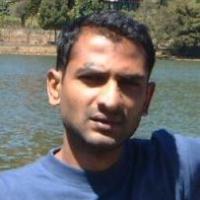