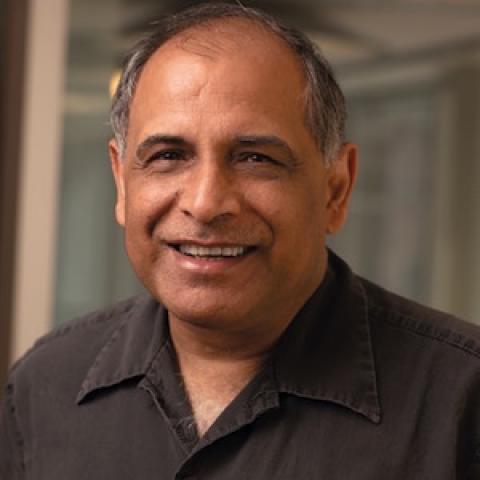 Dr. Upmanu Lall is the Director of the Columbia Water Center and the Alan and Carol Silberstein Professor of Engineering. He has broad interests in hydrology, climate dynamics, water resource systems analysis, risk management and sustainability. He is motivated by challenging questions at the intersection of these fields, especially where they have relevance to societal outcomes or to the advancement of science towards innovative application.

His current research covers 3 major initiatives that are developed through the Columbia Water Center. The Global Water Sustainability Initiative addresses global water scarcity and risk. The Global Flood Initiative is motivated by the need to predict, mitigate and manage floods at a global scale recognizing their climate drivers, and supply chain impacts. America's Water seeks to develop sustainable water management and infrastructure design paradigms for the 21st century recognizing the linkages between urban functioning, food, water, energy and climate. These programmatic initiatives are backed by research on systems level modeling of hydrology, climate, agronomy and economics.

Dr. Lall has pioneered the application of techniques from (a) nonlinear dynamical systems, (b) nonparametric methods of function estimation and their application to spatio-temporal dynamical systems, (c) Hierarchical Bayesian models, (d) systems optimization and simulation and (e) the study of multi-scale climate variability and change as an integral component of hydrologic systems.

He has published in journals that focus on hydrology, water resources, climate, physics, applied mathematics and statistics, risk, economic development, policy and management science. He is the current editor-in-chief of the journal "Water Security".

He has been engaged in high level public and scientific discussion through the media, the World Economic Forum, and with governments, foundations, development banks, and corporations interested in sustainability. He has served on several national and international panels. He was one of the originators of the Consortium of Universities for the Advancement of Hydrologic Science, and is a past President of the Natural Hazards Focus Group of the American Geophysical Union.