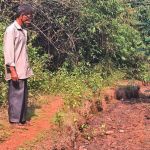 How did a once water-rich village in Goa become entirely dependent on tankers?

The village of Pissurlem in the mining-belt of north-east Goa used to be brimming with water; it is now entirely dependent on government tankers. 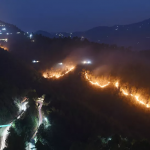 India's Himalayan state of Uttarakhand, which has 71% of its area under forest cover spread over 38,000 square kilometres, lacks effective laws or strategies to deal with yearly forest fires, say experts. 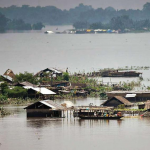 Assam Elections 2021: Are the poll promises made to protect Assam's environment viable?

The BJP’s 2021 manifesto focuses on enhancing Assam’s forest cover by 35 percent over the next five years if re-elected to power."A 35 percent increase in the current forest area of 28,237 sq km would mean adding approximately another 10,000 sq km of forests. With increasing population and mounting pressure on land and resources, where will they go so much land to spare?"

This Covid Food Policy Tracker captured food policy-in-the-making, as the Central Indian government responded to the crisis between 13th March and 9th July 2020. The policies collected have been converted into a visual story using the Flourish data visualisation platform. 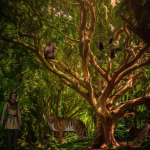 A holistic approach to biodiversity conservation

Over the years, biodiversity conservation has remained limited to individual projects lasting for short periods, thus outside the purview of policies that take a holistic view of biodiversity loss. Since its inception in 1996, researchers from the Ashoka Trust for Research in Ecology and the Environment (ATREE) have adopted an alternative approach –– a long-term program of preserving biodiversity in India by integrating community and scientific knowledge. In a new paper, they have demonstrated the success by highlighting the work ATREE researchers have carried out in four regions of India –– the Kalakad Mundanthurai Tiger Reserve in the Agasthyamalai region of the Western Ghats, the Biligiri Rangaswamy Temple Tiger Reserve in the Western Ghats, Senchal Wildlife Sanctuary in the lap of the Himalayas, and the Vembanad Ramsar Site (VRS) in Kerala. The first three are protected areas, of which the tiger reserves are free of human habitation and use as per the Wild Life Protection Act 1972. 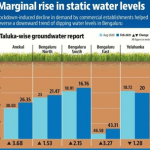 “If you go to parts of the city where there is Cauvery water supply, groundwater is not that contaminated because there is proper recharge happening,” -Priyanka Jamwal said. But in the outskirts of the city, which largely depend on borewells, there are high levels of nitrate and fecal coliforms because of the soak-away pits present there with no lining and contaminating the groundwater. 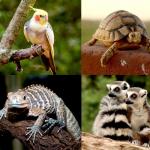 "The issue of exotic wildlife trade has two important angles. One is the invasive species angle. We allow import of all sorts of animals and birds openly into the country, without understanding their potential to invade local ecosystems. The second is the risk of disease spread. But even as the advisory is welcome from a species-monitoring point of view, it is only an advisory and falls short of establishing strong surveillance systems of quarantine and storage facilities," 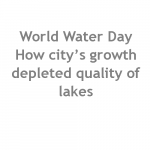 ATREE has been monitoring Jakkur lake, considered one of the cleanest in the city for four years now, but even it has high content of faecal coliforms, nitrate and other contaminants that make it unfit for drinking unless treated. On the other hand, Bellandur lake made headlines for toxic content & foam that often catches fire. Dr Priyanka Jamwal said there was no clarity on what authorities wanted in respect to rejuvenation. “For water quality they just say that they want to attain a trophic level." 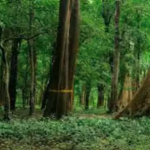 "International Day of Forests: Communities which live near forests and are supposed to protect them, have steadily lost footing over the years "

Tribals are an integral part of forest management as their way of living involves cultivating forests. Data of almost 150 years collected by Biligiri Rangaswamy Temple (BRT) Tiger Reserve shows that having tribals tend to a forest they are familiar with has great ecological benefits. Valuable species multiply while weeds are kept under control. Unfortunately, since the inception of Indian Forest Act, the focus is on removing these tribes from forests and robbing them of their basic rights. 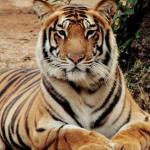 Although human fatalities are rare, the expected cost of human death is much higher than that of frequently occurring crop damage and cattle kills.